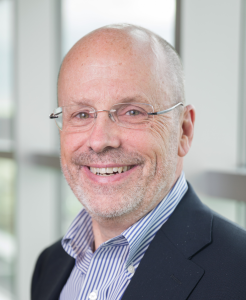 Brain Injury Canada’s Scientific Advisory Committee is responsible for ensuring that the content and programs we build are based on evidence-based information. One of those individuals is Dr. Keith Yeates. Dr. Yeates holds the Ronald and Irene Ward Chair in Pediatric Brain Injury, is the head of the Department of Psychology and the University of Calgary, and also serves as Adjunct Professor in the university’s Departments of Pediatrics and Clinical Neurosciences. He generously shared his perspective on working in the sector of brain injury.

What motivates you to focus your professional life on brain injury?

“I’m a neuropsychologist by training, and early in my career became interested in brain injury after working on an inpatient rehabilitation unit at a children’s hospital. I was struck by the variability in outcomes, even in children with severe injuries, and was motivated to do research to better understand the factors that explain that variability, so that we might identify interventions that could promote better outcomes.”

In what areas of brain injury care are you most interested?

“Early in my career, I spent a lot of my time doing neuropsychological assessments of children with traumatic brain injury, and also working with them and their families on the inpatient rehabilitation unit. In more recent years, I’ve provided less clinical care and been more involved in research. My work has increasingly focused on children with concussion and so-called mild traumatic brain injury, and trying to better understand why most children recover well but others have persistent problems.”

When asked if he had any messages he would like to impart to the brain injury community, he had this to say:

“I’d send two messages. One is the importance of personal hope and resilience. I’ve been continuously amazed at the successes of some of the children I’ve known with traumatic brain injuries, and I believe some of that success has stemmed from a positive attitude and sheer grit. But the other is not to be afraid to ask for help. Hope, resilience, and grit doesn’t mean you have to go it alone. Look to friends, family, and professionals to aid in the journey.”

We’re excited to keep working with Dr. Yeates in the years to come!